I know what you are thinking, Dead Island 2? You mean Riptide, right? Well no, while Dead Island Riptide is a direct sequel to the first Dead Island. There has actually been a Dead Island 2 that has been stuck in development hell for half a decade at this point.

Who Is Making This?

If you played the first Dead Island games then chances are you know that Deep Silver was the team that brought us the game. Dead Island 2 though is a bit of a mess right now in regards to who is actually developing this thing. At the moment it appears that the team at Sumo Digital are actually making the game and then Deep Silver are going to handle the publishing of it.

What Island Are We On This Time?

So far, the only real piece of information that has come out about the game is the setting. While it is called Dead Island and it is set after the events of the original Dead Island. Dead Island 2 is actually set in California. From what I have read the state of California has been put under quarantine due to a zombie outbreak.LA, San Francisco and one other yet to be announced location. My mind is already racing with what kind of great set pieces they could have in store by using California as the location for the game. I think the most obvious one has to be some kind of section at Alcatraz or the San Francisco zoo!

One thing that has not been confirmed just yet is the size of the map. The term “open world” has been thrown around a lot during the development of Dead Island 2, but what exactly this is going to entail is anyone’s guess at this point. The past games have featured quite large locations, but perhaps the idea for this game is to have one large connected city like in a GTA game?

I am a huge fan of the original Dead Island and I did enjoy Dead Island Riptide as well. However, as much as I enjoyed those two games, I must admit that they are a bit on the clunky side as far as the combat and actually general gameplay goes. I though managed to look past it, but there were many who could not.Dead Island 2 is said to be changing up the combat. Again, this has not been dived into by the team behind the game in any way whatsoever. All we do know is that they are hard at work and the combat that is in the game is going to be different, but they will bring back some things from the past games such as the looting and crafting.

Hey, you guess is as good as mine! The fact of the mater is that Dead Island and Dead Island Riptide both did pretty well from a sales point of view. So, it goes without saying that this is a series that has its fans. The social media accounts of the people making Dead Island 2 have been very quiet over the last two years.

We get the odd “game is in development” and so on, but no real information about exactly what the game is going to have.

Epic mod menu that works for all games in my Steam library. No game bans, and it's free! Can't go wrong with this trainer. Thanks Fling.

I love this trainer. It even works while streaming on Twitch. 10/10!

I've used Fling trainer cheat for about a year now and it's seriously an amazing piece of software. Constant updates, no bans so far and tons of features.

See why our users LOVE our trainer:

Download the latest version of our Dead Island trainer cheat. This trainer mod menu comes with tons of features and is undetected from anti-cheats.

Dead Island is a popular action role-playing video game in which your character needs to survive a zombie apocalypse. It is played from a first-person perspective, and you need to kill zombies for survival. Dead Island is an open world where there are several massive areas and is based on experience-based gameplay.

Dead Island players earn points by killing enemies and completing tasks. Most of the killing is done with melee weapons, and later as the game progresses and after accumulating points, players get access to firearms. Firearms are not only super-expensive, but there won’t be any available during the first half of the game.

That’s unless you use a Dead Island trainer.

Why use a Dead Island Trainer?

People use the Dead Island trainer to make the most of their action, adventure, and horror video game. From the very start, your characters will have access to all the possible resources in the game. That way, you don’t need to spend countless hours picking up points and searching for all sorts of items.

The Dead Island trainer turns your character into a badass killing machine that is way more fun to play with than regularly. At the same time, the player can choose which weapons your character will utilize, which inventory, how to approach every new place, and so on.

The trainer elevates the gameplay to another level that is incomparably more entertaining than regular gameplay. 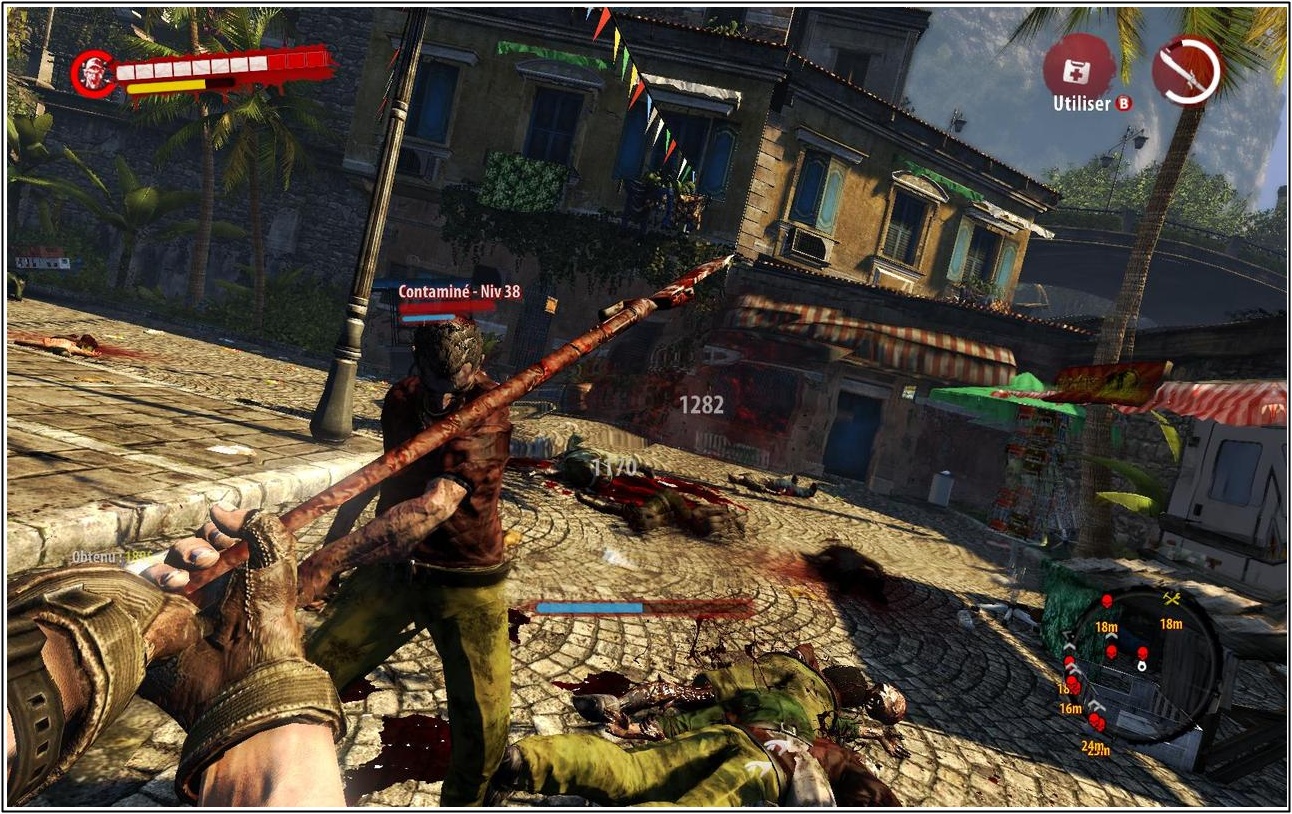 How does The Trainer work?

Once you press the play button, the game will load. After it loads, you will be able to choose which cheats to enable. It is up to the player whether you will enable all cheats or just some.

Furthermore, the Dead Island trainer uses advanced software that can detect your game version. If the game version is not supported, the player will be promptly asked to update it to a newer version.

We regularly update our trainers and make sure that they run smoothly. The only issue is that some antivirus programs mistook it for malware. That’s because it is a third-party program, and almost all antivirus programs are made to question their character.

However, there is nothing to worry about as the Dead Island trainer is entirely safe and doesn’t contain any malware. Once you whitelist it, there won’t be any concerns in that regard, and you can start clearing out zombies with style.