This is a hack which replaces Mario with Sonic in Super Mario 64 DS.

Sonic the Hedgehog is known for speed. And also for having one of the most active fan-game communities around.

And with a series like this it’s normal to find a whole lot of fan games being made. I mean compare it to Mario, it’s huge!

Plus these two have been to the Olympics together, right?

Considering SEGA has shown a seemingly insurmountable lack of direction with the series for (arguably) the entire last decade, I’m personally overjoyed with so many fan-made projects that keep popping up every year.

Whether you’re a fan of the classic 2D gameplay or prefer a more updated approach, you’ll find some awesome ROM hacks in here that’ll definitely keep you busy.

Sonic the Hedgehog Advance 3 was one of the first games I ever owned starring the blue blur.

And while in retrospect it isn’t as good as the classics, I had a ton of fun with it on my GBA.

This impressive fan project aims to achieve the ultimate version of the Sonic the Hedgehog Advance formula by re-creating it from scratch and adding a bunch of new features.

What kind of features? Well, stuff like a more extensive character roster, including the usual gang plus less notorious characters such as Shadow, Blaze, and Cream.

What really draws me in are the renewed controls. They’re much closer to that of the classic games and considerably less clunky than controls we usually get in the Advance series.

Some international readers won’t know this, but there’s a whole universe of Sonic based on the Sonic the Hedgehog Saturday morning cartoon, appropriately known as Sonic SatAM.

I’d love to place it higher on the list by virtue of its scope and creativity (plus I adore Sonic SatAM) but it’s still in its preliminary stages, so let’s give this game some time to see how it shakes out.

If you’re just looking for a way to play the classics without setting up your old consoles, consider I Can’t Believe It’s Not Sonic 1.

This creatively-titled fan project recreates the entirety of the original Sonic the Hedgehog in the Unity engine, remaining as faithful as possible to the source material while adding a couple of discreet new features.

Considering it’s all open-source, you could use this to make your own Sonic game as well.

As the title may suggest, this fan-game started as a sprite-based animation before it became what it is today.

What sets this ROM hack apart is that it’s inspired by the Sonic Rush games rather than the classics, featuring boosts and other features only found on those games.

I loved the Rush series.

And this plays like a perfected version of that.

Even if you’re not sure about it or if you never played any of the Rush games, don’t hesitate to give this one a try.

11. Sonic Before the Sequel

One of the very first Sonic fan-games to become truly popular was Sonic Before the Sequel, which features a story taking place between the first two games (hence the title).

You’ll play as Sonic or Tails on a race against time to stop the Death Egg from launching.

All levels are original and feature improved graphics & a new soundtrack.

The game was so successful that it eventually received a sequel by the name of Sonic After the Sequel which you can also check out. Both are great.

We’ve already covered a way to play the original Sonic the Hedgehog game on a modern engine, but what about improving the original Sega Genesis version?

This massive hack adds a wealth of new levels on top of the original ones, complete with original music for each of the added levels.

You can play as Sonic, Tails, Knuckles, Shadow, and even Mighty the Armadillo!

Sonic Heroes was one of the series’ highlights.

And it was the last game before the franchise plunged into a directionless development limbo.

This ROM hack of the SEGA Genesis version of Sonic the Hedgehog 2 takes inspiration from the team-based Sonic Heroes, allowing up to three players in every level from Sonic the Hedgehog 1 & 2 as either Team Sonic or Team Chaotix.

The character sprites & abilities are based on their appearances in Sonic 3 & Knuckles, and they’re all a blast to play with.

Speaking of Sonic 3 & Knuckles, any fan of that game should try out Sonic 3 Angel Island Revisited.

It’s basically a significantly enhanced version of the original game.

Note it doesn’t add any new levels or characters.

But it lets users play the game at 60fps with a widescreen aspect ratio. That’s pretty boss.

It even includes some screen filters you can play around with to beautify the game as you go.

Another promising work in progress you can try out is Sonic Utopia, a 3D Sonic the Hedgehog engine with the look and feel of the classic games.

The gameplay is also really fluid, and the music used in the playable demo sounds fantastic.

Try out the engine in a demo or check out the early release video to see more.

After 10+ years in development, this improved take on the classic Sonic CD (and other Genesis/MegaDrive gems) is ready to rock your socks off.

Taking place after the destruction of the Death Egg, the narrative follows Sonic, Tails, and Knuckles on a massive quest that’ll take them through “future” and “past” versions of a long line of vibrant new levels.

This one gets intense.

Other than the exciting time-travel aspect of each stage, the addition of elemental shields and some special 3D stages set this hack apart from the rest.

Momentum-based platforming will always remain the best option for Sonic games, no matter how much SEGA seems intent on finding an alternative.

Well this incredible 3D platformer engine is all about speed.

Sonic GT lets you go through several great-looking levels playing as many characters from the series.

Trust me, the responsive controls and layout of each level will keep you returning to improve your times for weeks on end.

The game has an ample list of moves for Sonic, too. These include the light dash, drop dash, and even wall-jumping, which isn’t the norm in the official games.

Adding Sonic in Super Smash Bros. Brawl was a massive event for my Sonic-obsessed friends (and myself).

But why settle with that, when you could have an entire fighter based on the franchise?

Sonic Smackdown is a side-scrolling fighter with gameplay reminiscent of Street Fighter.

It offers gorgeous 3D graphics and 12 playable characters including Sonic, Shadow, Knuckles, and Rouge, to name a few.

Other than the arcade and training modes, the game can be played online against friends through Parsec too.

And this massive fan-made game tries to bring back that same kind of gameplay with an updated look and way more features.

It’s a very customizable experience, letting you play through over 50 stages with a total of 40 characters ranging from the classics to some obscure ones.

It supports online play and includes a fully functional Chao Garden, something SEGA has been neglecting for absolutely no reason since Sonic Adventure: Battle 2.

If you’ve ever seen footage of an incredibly hi-poly Sonic running around beautifully rendered vistas, you were probably looking at the Sonic Infinity engine.

This was built on Unreal Engine 4 to serve as a basis for fan projects.

Sonic Infinity+ is a successor project aiming to improve it even more.

But here’s the thing: Sonic Infinity+ doesn’t only look incredible, it also plays in a way I can only describe as “comfortable”.

It’s a pleasure to experience.

There are many fan-made level packs running on this engine, and the sky’s the limit for future projects.

I’d love to see a fully-realized game running on it. Hopefully one day soon!

Here’s one more project that shines by virtue of all the possibilities it opens up.

Knuckles glides as he always does.

And all of them have access to Extreme Gear (the boards from Sonic Riders) which they can pull out whenever they want.

While not many levels have been ported to this engine, the demo lets you try out the characters on a sort of virtual playground, complete with enemies and short platforming sections. 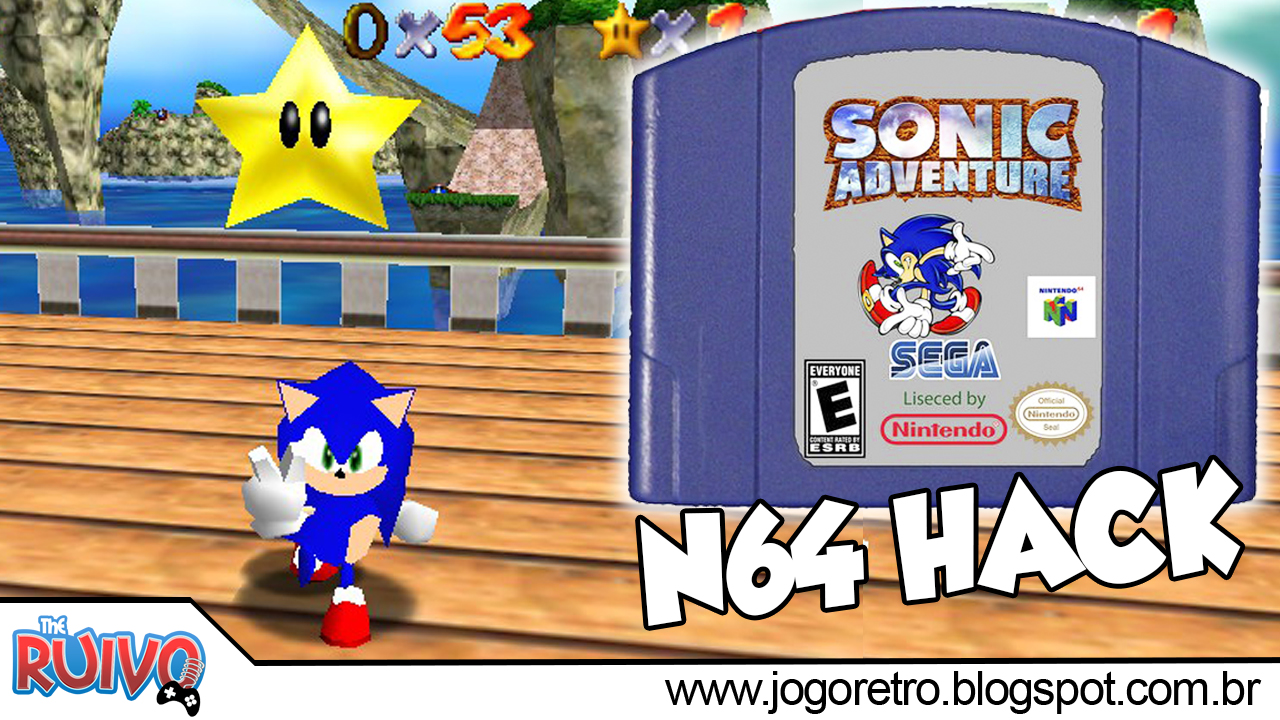