Wireless networks are accessible to anyone within the router’s transmission radius. This makes them vulnerable to attacks. Hotspots are available in public places such as airports, restaurants, parks, etc.

In this tutorial, we will introduce you to common techniques used to exploit weaknesses in wireless network security implementations. We will also look at some of the countermeasures you can put in place to protect against such attacks.

Topics covered in this How to Hack WiFi Tutorial

The description of Wi-Fi Hacker. Hacking wi-fi prank. Get notified when your wi-fi is turned on. List of all nearby wifi. Accuracy Described in percent. Password can be copied to clipboard. This app is just for the entertainment of users.

What is a wireless network?

A wireless network is a network that uses radio waves to link computers and other devices together. The implementation is done at the Layer 1 (physical layer) of the OSI model.

Since the network is easily accessible to everyone with a wireless network enabled device, most networks are password protected. Let’s look at some of the most commonly used authentication techniques.

WEP is the acronym for Wired Equivalent Privacy. It was developed for IEEE 802.11 WLAN standards. Its goal was to provide the privacy equivalent to that provided by wired networks. WEP works by encrypting the data been transmitted over the network to keep it safe from eavesdropping. 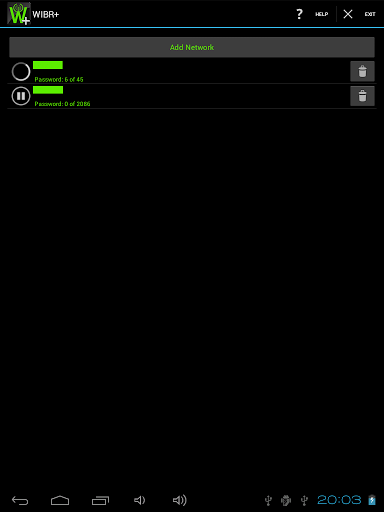 Because of these security flaws, WEP has been deprecated in favor of WPA

WPA is the acronym for Wi-Fi Protected Access. It is a security protocol developed by the Wi-Fi Alliance in response to the weaknesses found in WEP. It is used to encrypt data on 802.11 WLANs. It uses higher Initial Values 48 bits instead of the 24 bits that WEP uses. It uses temporal keys to encrypt packets.

How to Crack WiFI (Wireless) Networks

Cracking is the process of exploiting security weaknesses in wireless networks and gaining unauthorized access. WEP cracking refers to exploits on networks that use WEP to implement security controls. There are basically two types of cracks namely;

It is possible to crack the WEP/WPA keys used to gain access to a wireless network. Doing so requires software and hardware resources, and patience. The success of such WiFi password hacking attacks can also depend on how active and inactive the users of the target network are.

We will provide you with basic information that can help you get started. Backtrack is a Linux-based security operating system. It is developed on top of Ubuntu. Backtrack comes with a number of security tools. Backtrack can be used to gather information, assess vulnerabilities and perform exploits among other things.

Some of the popular tools that backtrack has includes;

Cracking wireless network keys requires patience and resources mentioned above. At a minimum, you will need the following tools

A wireless network adapter with the capability to inject packets (Hardware)

How to Secure wireless networks

In minimizing wireless network attacks; an organization can adopt the following policies

In this practical scenario, we are going to learn how to crack WiFi password. We will use Cain and Abel to decode the stored wireless network passwords in Windows. We will also provide useful information that can be used to crack the WEP and WPA keys of wireless networks.

Step 3) The passwords will be shown

Step 4) Get the passwords along with encryption type and SSID

Internet users who are not so highly educated about digital networking or computing in general usually have problems of recovering back their WiFi (WLAN) password in case they've forgot it. This often happens after changing a router and forgetting to save a new password to a safe place.

This is why the WiFi Cracko tool is created - To help people hack into their router quickly and get their password in only few minutes!

The software is supported to work on multiple operating systems & devices.

WiFi Cracko is created with a very user friendly interface so even beginners can easily understand how to operate with it. Here is a step by step guide how to hack to hack WiFi password using our tool.

Step #1 - Download the app on your device and install it.
Step #2 - Click the 'Scan for Available Networks' button and wait a moment until all SSID available networks are listed in a box below.
Note: Hacking mobile hostspot of iPhone or Android phones is also possible since they have their own WLAN system built in.
Step #3 - Select the one you've decided to hack. Recommended is one with strongest signal.
Step #4 - Check its security type WEP/ WPA/ WPA2-PSK/ WPA3). If you are not sure, click the 'How do I know this' link and the tool will automatically check this for you.
Step #5 - Click 'Start Hacking' button and wait until the tool cracks a password. Time will depend on how strong is password made. If it's made of mixed characters, numbers, uppercase & lowercase letters etc. then it may take up to half an hour to crack a password successfully. But usually users are waiting around 3 to 5 minutes.
Step #6 - Done! Enjoy browsing the internet again!